The History and Benefits of Wine 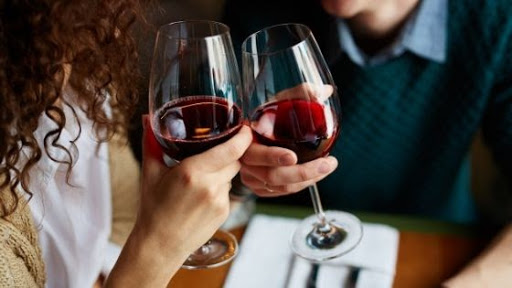 This week we celebrated National Drink Wine Day, and to celebrate one of our favorite beverages: we looked up its juicy history!

Before wine became a staple beverage around the world, the first of its kind was crafted in 7000 BC using fermented honey, rice, and fruit in China. Researchers and archeologists have found traces of winemaking in Armenia, Georgia, and Iran as far back as 6000 BC! However, in truth, archeologists are still trying to find the true origins of wine to this day.

The first time wine became a huge and documented staple of culture and religion was in ancient Egypt. The Egyptians created their wine from red grapes because of its visual similarity to blood. Blood, or red wine, was used as an offering in their ceremonies.  However, wine was also used as leisure drink and was enjoyed by the nobles at the time.

The Egyptians couldn’t keep their prized drink to themselves for very long. The Phoenicians played a huge part in what wine is today as they saw an opportunity and value in wine for trade.

The Phoenicians started to trade across the Mediterranean, which included the wine (of course), ceramic jugs and even the grapevines. This origin of trade spread to the Jews and even the Greeks. As the Greeks grew, they colonized more and more until grapevines grew in Sicily and southern Italy.

However, as we know from our history books, Rome grew to power and as Greece fell the Roman empire grew.  It was during this time, around 145 BC, that these infamous grapevines were planted in France, Spain, Portugal, and Germany.  By the 1600s, wine had landed in the New World, which included South America, Mexico, and Brazil.

Wine truly became a symbol of religion, health, and trade, for a fully comprehensive timeline of wine click here!

We like to have fun here on our blogs, but your looking for fertility, pregnancy, or general women’s health advice feel free to reach out to us to schedule an appointment at any of our three locations!