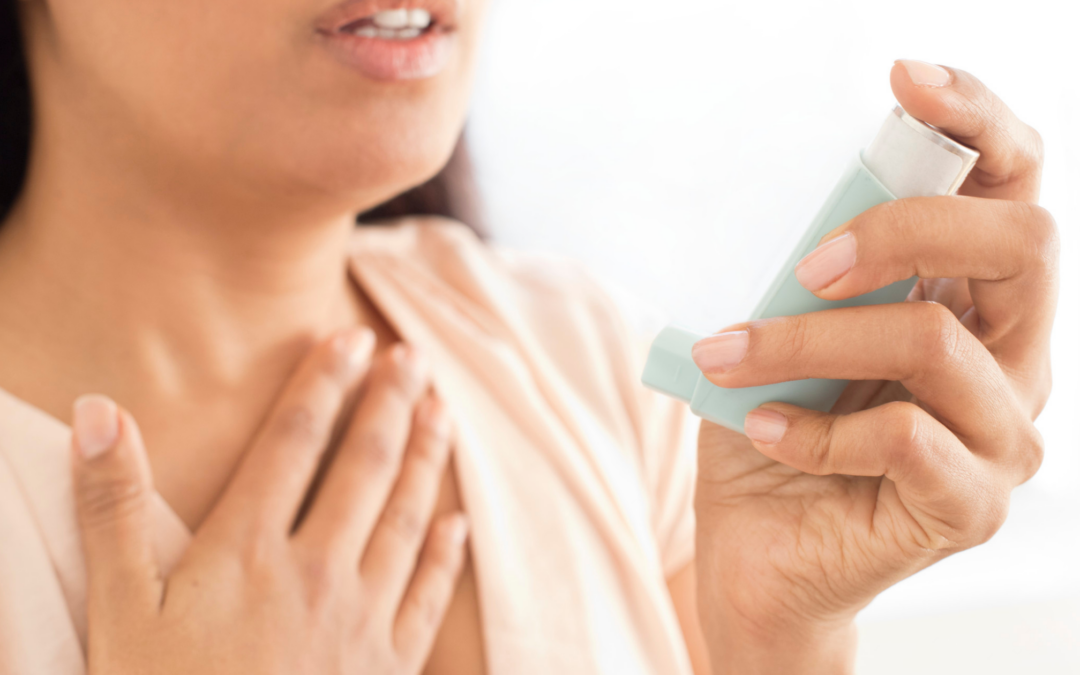 November is National COPD Awareness Month! Read on to learn more about this disease and how it can affect pregnancy.

Chronic Obstructive Pulmonary Disease (COPD), is a group of diseases that can cause blockage towards one’s airflow and can cause breathing issues. Two main forms of this disease are emphysema and chronic bronchitis. Common symptoms of COPD include shortness of breath, trouble taking a deep breath, excess mucus/phlegm, and wheezing/coughing. According to the CDC, COPD affects 16 million Americans every day.

Research shows that in the U.S., tobacco smoke is a key factor in the development and progression of COPD. Air pollutants, genetics, and respiratory infections also play a role in causing COPD too.

COPD can be diagnosed through a test called spirometry, which is used to measure lung function and detect COPD breathing issues. While the test is simple, unfortunately, there is no cure for COPD. There are treatment options that can alleviate symptoms and increase your exercise tolerance. These treatment options include:

Based on reports, women are one of those groups likely to report they have COPD.  In the United States, there are more women than men coping with COPD. Although in the past COPD was thought of as a “man’s disease”, recent studies and research has shown that women seem to be more sensitive to tobacco and air pollutants.

As a pregnant woman, you tend to already have trouble with shortness of breath! Add coughing and phlegm into the mix and that can be a serious problem while pregnant. If you’re considering getting pregnant and suffer from COPD, here are some facts and tips to help you.

If you’re smoking or have smoked in the past, you’ll definitely need to quit smoking if you plan on getting pregnant. If you’re worried about your smoking habit from the past, you can ask your doctor for spirometry.

While pregnant, you’ll not only need to avoid smoking, but also avoid second-hand smoke, or smoke from burning tobacco products or that’s been exhaled by someone smoking. Not only is tobacco not good for you, but it’s also not good for your baby since your baby will have a harder time processing nicotine and toxins from the tobacco. Vaping or being around those who vape is not an alternative option from cigarettes – we discuss this in more detail in a previous blog.

Be sure to speak to your doctor about your concerns about COPD and if you’re already experiencing signs of the disease. If you’re looking for an OB-GYN, we’d be happy to set up an appointment at any of our 3 locations!