Where Did Tampons Come From? 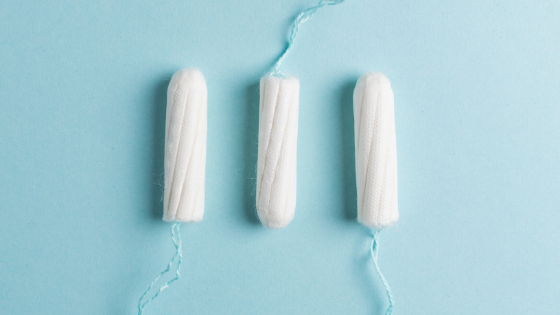 Did you know that 33.91 million women in the U.S. used tampons in 2019? Have you ever wondered: where in the world did tampons come from? Or how Toxic Shock Syndrome was discovered? We go over these questions and more in today’s blog.

What is a tampon?

A tampon is a product designed to absorb menstrual blood. The tampon is used by being inserted into the vagina while a woman is going through menstruation. It is then held in place in the vagina and the tampon material expands and soaks up menstrual blood. Over the years, there have been different types of materials, applicators, and levels of absorbency for tampons.

The following are absorbency levels or ratings for the United States:

What Are They Made Of?

Many of the tampons on the market are made with rayon, cotton, or a blend of both.  Tampons have been used for periods for thousands of years. There’s even been evidence of this dating back to the Egyptians, who used papyrus tampons for their menstrual cycles.

“There is evidence of tampon use throughout history in a multitude of cultures. The oldest printed medical document, Papyrus Ebers, refers to the use of soft papyrus tampons by Egyptian women in the 15th century BCE. Roman women used wool tampons. Women in ancient Japan fashioned tampons out of paper, held them in place with a bandage, and changed them 10 to 12 times a day. Traditional Hawaiian women used the furry part of a native fern called hapu’u; and grasses, mosses and other plants are still used by women in parts of Asia.” ~ Everything You Must Know About Tampons (1981), Nancy Friedman

In 1929, Dr. Earle Haas invented the version of a tampon with the applicator, which later became Tampax. Clearly tampons were the preferred product for many women during menstruation, yet in years to come, tampons would introduce a rare, but serious condition.

Why does Toxic Shock Syndrome Happen?

Tampons are only to be used for 6 to 8 hours a day, this is due to avoiding toxic shock syndrome. Toxic shock syndrome (TSS) is a rare condition that happens when there is a release of toxins from bacterial overgrowth, also known as Staphylococcus aureus (staph). This tends to happen with higher absorbency tampons, no matter what kind of material is used.  In 1978 Dr. James K Todd named the condition. Todd was chief of the infectious disease department at the Children’s Hospital in Denver. Leading up to 1978 there had been a string of cases that led Todd and his team to discover that they were dealing with a completely undiagnosed condition.

“After recognizing that it was induced by toxins in the bloodstream, not bacteria, and that the patients were clearly in shock, they gave it a name: toxic shock syndrome.” ~ ”The Doctor Who Discovered and Named T.S.S. Stresses That Women Are Not Its Only Victims”, People

There has been a debate that organic tampons or cotton only tampons were safer than rayon and other mixed material tampons. However, recent studies have shown this is not the case and that it doesn’t matter what the tampon is made of — TSS can be linked equally to any tampon material.

By the way, there is no need to be afraid of tampons. Tampons can be used safely and regularly when following the instructions provided by the manufacturer and your doctor! It’s common to have questions about your period, and your doctor is here to help. If you haven’t experienced your period yet, here is our blog on “Everything You Need to Know About Your Period.” You can visit our website to find more information, and know that you can talk to a doctor any time!