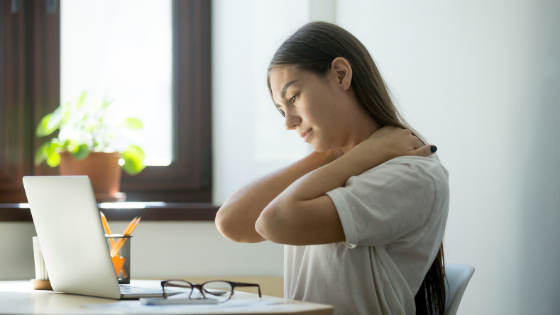 Feeling sleepy, moody, and having memory issues due to muscle pain? You may dismiss it away as seasonal depression or being cooped up inside due to quarantine, but it might indicate something more.

Fibromyalgia is a musculoskeletal pain disorder that is widespread throughout the body, including the abdomen, neck, and back. This disorder can cause forgetfulness, lack of concentration, difficulty sleeping, mood swings, and even gastrointestinal issues. Other symptoms include:

The disorder is very common and affects more than 3 million U.S. citizens each year. Research has shown that women are more likely to develop fibromyalgia than men.

There isn’t a known cause for why fibromyalgia occurs, but there are some factors that trigger the disorder. One is by being triggered after surgery, an infection, physical trauma, or even incredible mental stress. The second can just happen over time, without a significant event to trigger the disorder.

Additional causes could include:

Researchers have discovered prolong nerve stimulation can cause people with fibromyalgia to have changes in their brains. In essence, there is an increase in chemicals that trigger pain stimulation which in turn seems to create a habit of remembering the pain which makes fibromyalgia that much more painful.

Unfortunately, there’s no cure for fibromyalgia, however, there are various treatments to help relieve the symptoms and pain. This includes:

This disorder has an unfortunate misunderstanding among the general population. Fibromyalgia’s symptoms that include lack of sleep, depression, and anxiety along with the pain can be debilitating, but often overlooked or considered “overreacting” by others. If you suspect you have symptoms of fibromyalgia you should talk to your doctor and get on a treatment plan. Additionally, if you suffer from fibromyalgia and have plans on getting pregnant you can contact Mt. Auburn OB-GYN on the best way to navigate your disorder while pregnant.