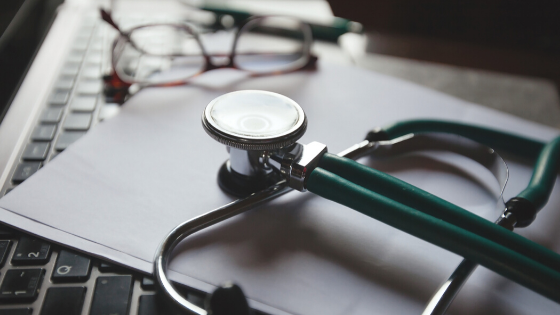 This week we celebrated National Doctors’ Day, and Women History Month was in March. However, we feel that women should be celebrated beyond the month of March! Today we wanted to share Dr. Helen Dickens story. She was the first African American woman to be admitted to the American College of Surgeons.

Dr. Helen Octavia Dickens was born February 21, 1909 in Dayton, OH,  to Charles Warren Dickens — a former slaves and water boy in the Civil War and Daisy Jane Dickens — a domestic servant.  Charles was raised by a Union colonel since the age of 9 and self educated himself. In fact, he took up the name “Charles Dickens” after meeting the infamous author himself!

Helen grew up with a family trying to make a living with low paying jobs. They encouraged her to gain an education and pursue a career. This encouragement led to her attending a non-segregated high school. Helen worked hard, and eventually applied to the best medical schools and hospitals in the country, not deterred by the fact they were mainly white nor the fact that she was a woman.

Fun Fact: Dr. Elizabeth Hill, the first African American doctor to graduate from the University of Illinois, was Helen’s mentor and helped her apply to medical school! In fact, Helen actually was accepted into that same school in 1934.

Eventually Helen went on to an internship in Chicago, where she treated tuberculosis in impoverished areas. While the experience there felt disheartening, she eventually found her specialty at her first job at Virginia Alexander’s Aspiranto Home in Philadelphia: Obstetrics and Gynecology.

In 1945, Helen received her Master of Science degree from the University of Pennsylvania Medical School. A year later she completed her residency and became certified by the American Board of Obstetrics and Gynecology. By 1948, she became a director of the Mercy Douglass Hospital Department of Obstetrics and Gynecology and the following year she became the first ever African American woman fellow at the American College of Surgeons!

Over the next several years, Helen not only continued in as a practicing physician, but also worked her way to becoming a professor at the University of Pennsylvania. Helen went on to help educate and empower women:

Helen also opened the first clinic for pregnant adolescents in 1967 and is considered a “pioneer” for myomectomies (surgical procedures used to fibroids are removed from the uterus). She was recognized for her work in the field, and received awards from organizations like the American Cancer Society. Lastly, Helen’s legacy lives on! Her daughter, Dr. Jayne Henderson Brown, became a doctor as well!

We are grateful for women like Dr. Helen Dickins. She paved the way for not just African American women, but young women everywhere who desire higher education and a career in a professional industry. The journey for her was not easy, as she faced set-backs, racism, sexism, and prejudice throughout her life. Her perseverance and bravery is inspiring. As women, let’s continue the good fight! Stay strong, stay determined, and you’ll get to where you want to be.