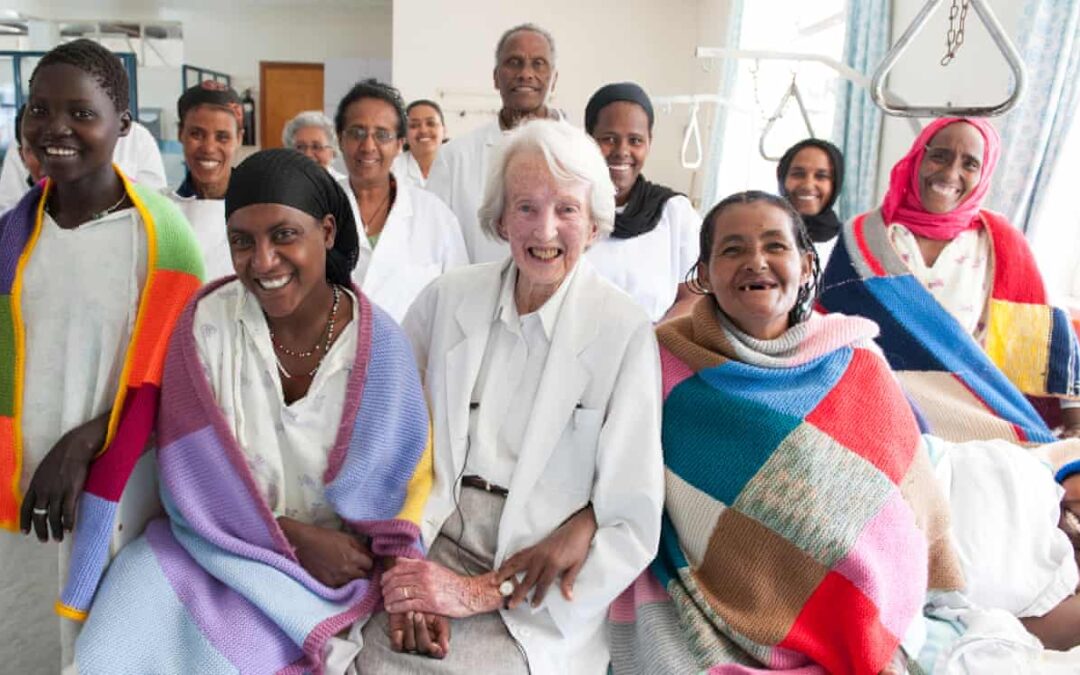 Today we honor the life and work of Dr. Catherine Hamlin, an Australian obstetrician, and gynecologist who co-founded the world’s only medical center exclusively providing free obstetric fistula repair surgery to women.

Dr. Catherine Hamlin, was born as Elinor Catherine Nicolson, in Sydney, Australia on January 24, 1924. Her parents, Elinor and Theodore Nicolson had 5 other children!

In 1958, the Hamlins noticed an advertisement from the Ethiopian government looking for humanitarian work from an obstetrician and gynecologist at the Princess Tsehay Hospital in Addis Ababa. They decided to take up the offer and stay for only three years in Ethiopia. Just a year later, the Hamlins would witness their first obstetric fistula, which at the time was considered a rarity. 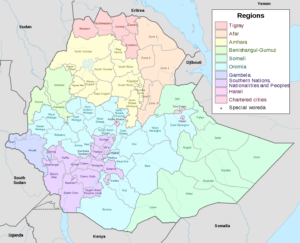 Addis Ababa is the small red region nearly in the center of Ethiopia.

An obstetric fistula is a medical condition where a hole develops in the birth canal as a result of childbirth. This condition can occur when the mother is having prolonged and obstructed labor without medical aid. In modern countries, obstetric fistulas decreased more as medical treatment and knowledge advanced for labor and delivery, specifically the use of cesarean section.

It became clear very quickly that with each case they’d see, this was a serious problem in Ethiopia, and that something needed to be done about it.

Fifteen years after their first encounter with the obstetrical fistula, the Hamlins opened the Addis Ababa Fistula Hospital in 1974. In the interim, they refined their surgical techniques on obstetric fistula cases and even started developing a good reputation in the local community. The hospital eventually went on to treat more than 60,000 patients.

Catherine and Reginald continuously stayed involved with the hospital over the years. In 1993, Reginald passed away. Catherine continued to work every day and lived in her cottage at the Addis Ababa Fistula Hospital until the day she passed. On March 18, 2020, Dr. Catherine Hamlin passed at age 96.

She has been awarded and recognized greatly over the years for distinguished service towards gynecology and obstetrics. On January 26, 1995 she was awarded Australia’s highest honor by being promoted to Companion of the Order of Australia, an order of chivalry that was established in 1975 by Queen Elizabeth II. She has received many other awards and distinguishes, but here are just a few:

Dr. Catherine Hamlin’s dream continues to live on. Today, the Addis Ababa Fistula Hospital is now called the Hamlin Fistula Ethiopia. It has a network of over 500 Ethiopian staff across 6 hospitals. The hospital and it’s organization remains to be the leader of fighting to completely rid of obstetric fistulas across the world.

“My dream is to eradicate [the] obstetric fistula. Forever. I won’t do this in my lifetime, but you can in yours.”