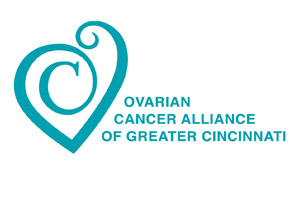 Women’s health is obviously one of our biggest priorities at Mt. Auburn OBGYN, and our commitment to women in Cincinnati specifically has been strong for many generations. While we are equipped to treat a number of conditions, spreading health awareness is something that everyone in our community can do. One organization doing just that is the Ovarian Cancer Alliance of Greater Cincinnati (OCAGC). Learn more about what they do in the Queen City!

Get to Know the Alliance

OCAGC has three missions – to raise money for research, to create awareness about early detection of ovarian cancer and to provide a support system for ovarian cancer survivors. Fundraising is done through exciting community events, like the Teal Power 5K and Jeans and Jewels Gala. In 2017, the organization is even raffling off a classic Thunderbird, with tickets on sale now. Volunteers from all over Cincinnati also help to get the word out about the disease’s symptoms and why early detection can make a world of difference.

“Early detection is so important, and we try to emphasize screenings as much as we can,” said Debbie Walter, co-chair, OCAGC. “Ovarian cancer is much more survivable in its early stages, which I can tell you as a survivor myself.”

Survivors in Cincinnati, like Debbie, have a supportive space to gather and share their stories thanks to the alliance’s survivor socials. These individuals also receive care packages in the form of survivor baskets that are put together by volunteers.

Educate Yourself and Others on Ovarian Cancer

Getting involved with OCAGC is something we encourage, but before you get out there to help them on their mission, you can start by educating yourself on some facts about ovarian cancer and its symptoms.

Additional symptoms may be fatigue, indigestion, back pain, constipation and menstrual irregularities. These may not be as useful in identifying ovarian cancer, because they are often found in women who do not have the disease.

Inspired to start giving your time or resources to fighting this disease? Sign up to volunteer, learn more about OCAGC or make a donation at www.tealpower.org.